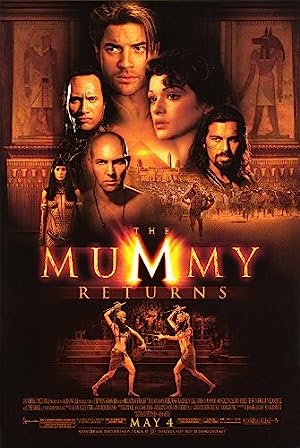 The mummified body of Imhotep is shipped to a museum in London, where he once again wakes and begins his campaign of rage and terror.

Evelyn is captured by an Egyptian cult who resurrect Imhotep; they wish to use his power to defeat the Scorpion King, giving him command of Anubis’s army to take over the world. The cult, led by Baltus Hafez, the British Museum’s curator, includes a warrior named Lock-Nah and Meela Nais, the latter being a reincarnation of Imhotep’s lover Anck-su-namun. Rick sets out to rescue Evelyn, accompanied by her brother Jonathan and the Medjai Ardeth Bay.